Pioneers in advanced technologies, Horizon’s talented and world-renowned team of naval architects and engineers are dedicated to innovation and to the creation of safe and durable yachts that exceed client expectations. Continuous research, development and improvement allows for the most advanced technologies available to be incorporated into the design, construction and operation of each Horizon-built yacht.

Working at high speeds and with precise measurements, the computer-driven milling system can create forms that are almost perfectly symmetrical and remarkably consistent. This results in vessels manufactured with exquisite lines built with the greatest efficiency, artistry and economy – benefits that are then passed along to the yacht owner. 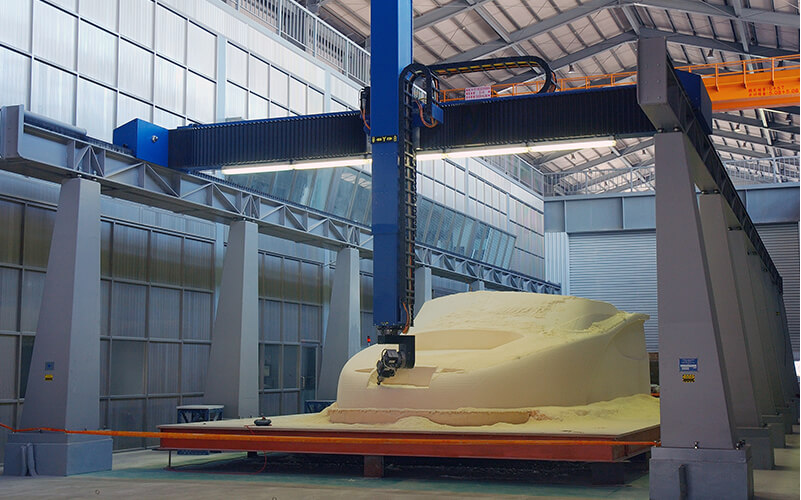 In 1999, Horizon became the first authorized yacht builder in Asia to utilize SCRIMP (Seemann’s Composites Resin Infusion Molding Process), a construction method developed by the U.S. Navy as a means to increase a vessel's strength and durability without adding weight or affecting performance.

In 2004, Horizon developed an improved 3D resin infusion technology that transforms the original 2D resin flow on surfaces to 3D flow, which climbs up and down internal stiffeners, enabling the build of far larger structures than previously possible. In the past, the stiffeners could only be constructed through hand lamination, which meant increased weight and less structural integrity. By utilizing the infusion technology, the resin can flow in all directions instead of only in a planar direction, and the stiffeners can be integrated with the yacht during the infusion, making the yacht both stronger and lighter. Horizon broke the world record in 2005 with a 130-foot (40M) hull and stiffeners infused in one shot, and, to date, Horizon has successfully produced five 130ft-plus (40M ) hulls utilizing this improved 3D infusion technology. 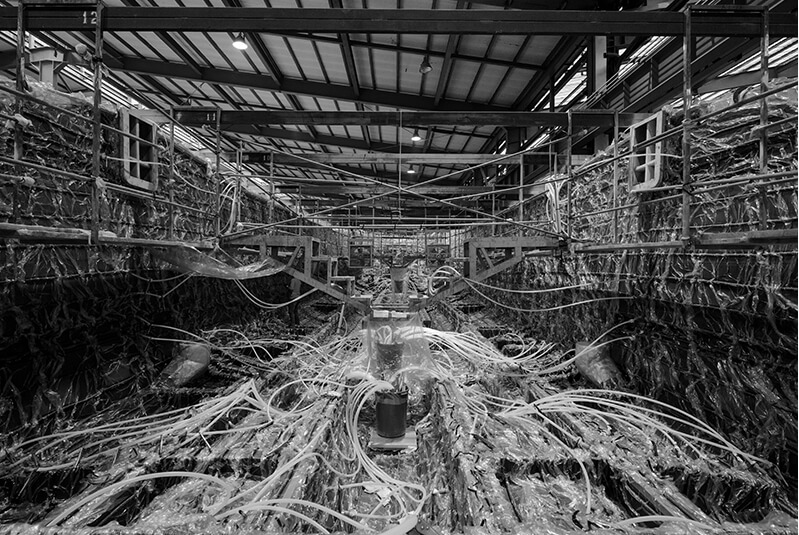 In 2009, Horizon was certified by EADS (The European Aeronautic Defence and Space Company N.V, now the Airbus Group) through SAERTEX. The Group also received authorization to implement another advanced process technology called VARTM (Vacuum Assisted Resin Transfer Molding). VARTM is a breakthrough technology originally developed for aircraft manufacturing that can now also be applied to yacht construction. Without sacrificing the benefits of SCRIMP, VARTM can more uniformly distribute resin and guarantee less air trapped within the composite. Horizon now utilizes the VARTM process on all our hulls, which results in a strong, light and durable hull and superstructure.

In 2016, Horizon successfully developed an enhanced HYVER resin to be implemented with the current infusion process that reduces potential print-through issues with FRP materials. The HYVER resin has passed the patent application and will soon be applied in the construction of Horizon yachts.

1. Reduces the emission of VOCs (Volatile Organic Compounds) to nearly zero
2. Eliminates the chance for contamination or human error throughout the lamination process
3. Guarantees flawless and continuous resin distribution throughout the laminate
4. Allows perfect bonding between the shell and core structures
5. Higher fiber-to-resin ratio, which means lighter and stronger composition
6. Consistent quality and performance of parts